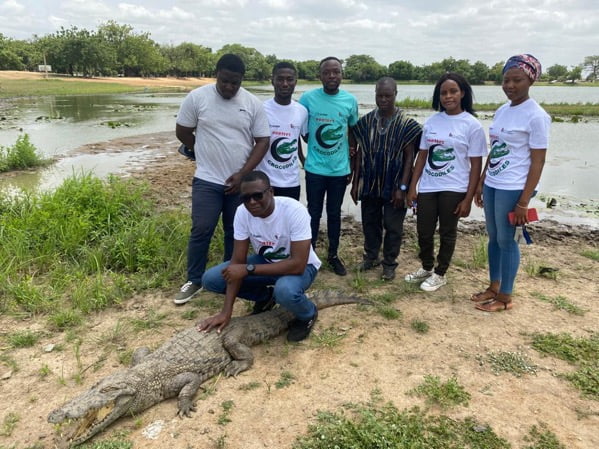 The aim of the project was to combine the rich cultural history of crocodile worship and faith to modern conservation practices to conserve critically endangered crocodiles. Crocodiles have received little research and conservation attention in Ghana mainly because of negative image and publicity and funding difficulties. Three species are native to West Africa: the slender-snouted crocodile Mecistops cataphractus (CR), the African dwarf crocodile Osteolaemus tetraspis (VU) and Nile crocodile Crocodylus niloticus. These species are faced with threats from unwarranted persecutions, habitat destruction and incidental by-catch from fishing nets and hunting.  In attempting to address these problems, four main activities were undertaken in this project, namely, stakeholder forum, ecological surveys, socio-economic surveys, and conservation education.

The project commenced with the stakeholder forum which had in attendance, Traditional Heads, Government Officials, Community Conservation Management Teams, and community members. The forum included the introduction of project purpose and activities, and solicited the participation of all stakeholders in conserving crocodiles. After this forum, nuclear focus group discussions with all parties continued to determine the current impacts of introduced belief systems on crocodile conservation, threats to the species, the effectiveness of traditional conservation policies and activities, and unravel the historic relationship between the indigenes and the species.

The ecological survey was conducted to aid the assessment of the species-habitat association and population. The spotlight count method (Letnic and Connors, 2006) was employed. Line transects along the edge of ponds since the rains had reduced and catchment water receded, exposing enough bear-ground were established. Transects were walked during the hours of 18:00pm to 10:00pm GMT. All individuals seen were counted and their age class determined. Habitat conditions were categorized into intact, moderate and severe condition classes. Anthropogenic activities assessed included farming, fishing, organic and plastic pollution.

We conducted socio-economic surveys aimed at determining community members’ perception of the impacts of introduced belief systems on the conservation of crocodiles. Questionnaires were administered to individuals of all social classes, profession, and religion. The questionnaire administration was done in the local languages. In addition, Traditional and Opinion leaders were interviewed to reveal the traditional systems applied to regulate conservation activities of the crocodiles.

Finally, the project team engaged community members through house-to-house meetings and focus groups discussions. Through this medium, the project team explained the significance of living together harmoniously with nature to community members. Although this was rather a slow process of meeting and interacting with members, it was more effective as participants were able to ask questions and share their unique perspectives on the issues. The adoption of this approach was occasioned due to the COVID-19 restrictions which did not permit mass gathering of people.

At the end of the project, crocodile habitats and priority areas supporting the life activities (nesting and hibernation sites) were identified. Viable crocodile densities, habitat association, and existing anthropogenic activities in these areas were determined. A total of 120 crocodiles were encountered during the survey. Habitat and other priority areas conditions were below the ecological functioning threshold capable of supporting the species – requiring further conservation efforts. Identified anthropogenic activities included fishing, plastic and organic waste disposal, fuelwood collection, and washing of clothing in water bodies.

Community and stakeholder conservation education engagement yielded positive behavioral change towards the crocodile conservation. Community members upon education agreed to desist from detrimental anthropogenic activities that will alter the life activities of crocodiles.  An all-inclusive gender approach was employed to involve women in the education aspect of the project and engage them in community decision processes. Inclusion of women in the conservation decision making process increased participation and thus ensured sustainable grassroots support for crocodiles.

This project has resulted in key priority decisions toward the preservation of local culture and traditions, and the conservation of crocodiles for the long-term. These decisions are even more timely as the global COVID-19 pandemic has disrupted the ecotourism potential of the pond which was the sole source of revenue for the management of the crocodile ponds. Accordingly, stakeholders resolved to integrate the traditional history of crocodiles into the celebration of the local Foi festival for the benefit of the younger generation. Stakeholders further agreed to mobilize community actions and support to desilt the ponds and remove plastics which results in annual drying of the ponds, and detrimental to the crocodiles’ survival. The stakeholder meeting resulted in the formation of Crocodile Watchdog Committee which comprises of volunteers who are committed to patrol the banks of the ponds at night to prevent encroachment and illegal fishing. Members of the group are the key custodians of the rich culture and history of crocodile in their present day lives. They believe that, when a crocodile dies, someone from the community will also die, and as such are committed to ensuring their protection.

Project challenges and the plans ahead

Most of the challenges faced by this project was beyond the control of the project team. They were occasioned by the global COVID-19 pandemic. Measures that were taken were swift to address the challenges and to make way for the successful implementation of the project. In hindsight, the project would have been implemented as described in the project proposal. The project team would have loved to have mass gathering of people for our conservation education campaigns, as such atmosphere elicit the right response to our educational messages. The project team would have loved to engage students and youth on whose ideals and beliefs the future of conservation hinge. The use of local radio would have offered a chance to reach broader audience in the event of the COVID-19 but were not budgeted for as the pandemic was not anticipated.

This current work could not asses all the communities and rivers anticipated. In the coming years, the project will be expanded to assess crocodile populations in other communities that were not covered in this current project. The project aims to create a sustainable platform where the local cultures and traditions on crocodiles will be strengthened within the communities and be inculcated in the younger generations. The project further plans to desilt the ponds and completely halt all illegal activities on the pond as well revegetate degraded land cover.  We hope to build an art and culture centre which will provide opportunities for local women to sell local artefacts and crafts to tourist. A database for all traditional areas and their crocodile species populations will also be developed with monitoring measures established to evaluate the population dynamics of the species. Finally, a national forum for all traditional areas engaged in the project will be held in association with all national statutory institutions relevant to natural resource management and conservation, to develop a national Traditional Conservation Action Policy (TCAP) for all crocodile species of Ghana. 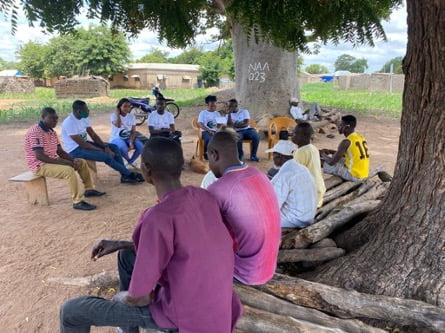 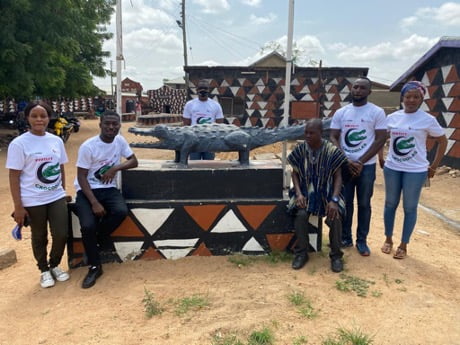 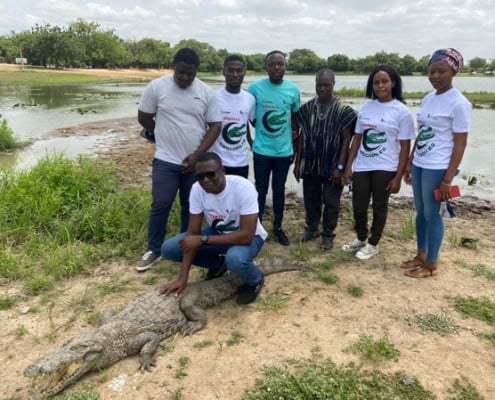